I have been writing through my recovery with postpartum psychosis (PPP) since 2015. I say ‘through’ because I am still suffering the effects of the illness, especially now I am pregnant with our second child. Although I have written about the psychosis in many ways and at different times, it is still a struggle to try to retell the entire story.

In this post I am going to focus on the mind, and how we are taught to trust our instincts, especially when entering parenting, however with postpartum psychosis your mind is lying to you as it is very, very unwell.

I know this is also the case for postnatal depression (I have the dual diagnosis of PND and PPP) however it is at a greater level of severity with Postpartum Psychosis.

Everyone had told me that it was normal to be severely sleep deprived after you have your baby and that you should ‘sleep when the baby sleeps’. But what if my baby isn’t sleeping and I am so anxious when he does finally fall asleep that I am not able to sleep? What if I am taking the maximum dosage of my lorazepam and still feeling very awake and wired? What if my mind is telling me that I’m not tired, and instead that I should spend my time trawling the Internet for answers to how to get my baby to sleep and how to avoid mastitis?

Questions But No Answers :

I had many questions for the doctor and it seemed to me that there were no answers. As, my journey into motherhood progressed, I descended into madness.

The questions became less realistic and more fantastical as they centred around why my son deliberately did not want me to sleep, and he was not feeding properly because he hated me, and that the girl at work who had a spirit haunting her had transferred IT into my son and this was the reason why mothering was an insurmountable task.

I soon stopped talking to my husband and carers about my questions and instead sought out friends and acquaintances that lived ‘alternatively’. I spoke to a friend about using crystals to heal this demon and another friend about collecting soil from the graves of my dad and grandparents and place around the cot to protect him.

Of course, I did not tell them about the demon in a whole story. I just said that there was a bad energy surrounding my baby, and I needed help to make it better. I still remember the face of one of my friends as they talked about collecting soil as they said, ‘are you sure that you are OK?’ gesturing to my inability to be still and when I was sitting I was fretting about feeding, anxiously latching him on and off the breast.

My mind had convinced me not to trust anyone with the full truth, and yet it had convinced me wholly of the realism in my fantasy about the spirit. This may not sound fearful in itself, but the psychosis had me seeing the demon, doors close by themselves, and feel a presence that was not here.

At my sickest I attempted to hurt my baby and myself in order to ‘exorcise’ the evil. It was very intense, all-encompassing and terrifying. It breaks my heart to see my son now and think that this all happened, and that I asked for help so many times but no one listened because I was hiding the truth so everything seemed ‘normal’.

Psychosis is the epitome of mind betrayal. The voices told me that everything I was thinking and doing was in the realm of normalcy, even explaining the extreme away with plausible reasoning such as ‘how do they know, they aren’t around for every sleep/play/feed?’ There was some unspoken heightening in the mind that convinced me to believe the voices and myself.

Suffocating is the feeling that best describes how it was during the episode. I felt like every time I was alone with my baby that I couldn’t breathe and that I was never truly alone. It felt like everything was running at four times the regular speed and even looking back now at almost two years since the birth it seems like time has just been running at a ridiculous speed, overtaking the milestones and important steps in his development. I feel like I have missed so much because of the episode.

It took 5 months to get the right help and be medicated appropriately. It took 3 months for the medication to even out and I could come off the anti psychotic known as risperidone, but not after I had gained 15 kilograms. I have fought hard to come back to some sense of normalcy, working only part time so I can have quality time with my child, to try to undo the damage that runs so deep in my heart. As a result of the episode they have diagnosed me with bipolar, a disorder, and am on lithium to control my mood.

However, in the first trimester of this pregnancy I became unwell again. Exhibiting what is called ‘hypo-manic symptoms’ where I stopped sleeping, published many blogs and started a new blog and wrote 3 e-books all in the space of a few weeks. As she prescribed me another anti-psychotic called olanzapine my doctor informed me that ‘you need to come to terms with being medicated for the rest of your life’.

This is a difficult thing to hear at 32 years old. Facing the fact that my first postpartum period almost broke me, and that I am irreversibly changed to have to be medically managed for my life. But as a parent, I now make choices based on the needs of my babies and they need a healthy mother who can trust her mind.

BIO : Raegina is a 32 years old mum living in Canberra, Australia. She writes about her experience parenting with bipolar disorder following an episode of postpartum psychosis with her first child in 2015. You can read more of her writing: http://becomemum.com/

A Personal Story About Postpartum Depression This is a difficult subject to speak about because I am still in the middle of what I would consider onset postpartum depression. Let me begin by explaining the situation leading up to the birth of my child. Leading Up To The Birth My husband was working as an…

5 Ways To Minimise Your Risk Of Postpartum Depression Having a child changes you and changes your relationship with your partner. Research shows that 9 out of 10 couples who have recently had a baby experience more conflict. It makes sense that most parents struggle to stay connected when they have a baby – you…

It’s certainly one of those events that you are always going to want to share with people as best as you can. But if you are unsure exactly how to do so, the fact is that there are several ways in which you might want to approach it. As it happens, there are a lot…

10 Postpartum Care Kit Essentials If you’ve recently given birth, you’re probably feeling tired and sore. Postpartum care can be difficult to deal with by yourself- fortunately, there are several postpartum products that may help make your life easier! In this blog post, we’ll talk about the items that should go in your postpartum care… 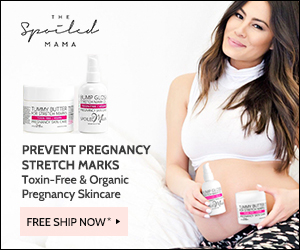 Self Care Playbook – Get Yours Today

Free Trial For You

Kids Are Gunna Love This

We use cookies to offer you a better browsing experience, analyse site traffic, personalises content, and serve targeted advertisements. By closing this banner, scrolling this page, clicking a link or continuing to browse otherwise, you agree to the use of cookies.OKNOPrivacy Policy